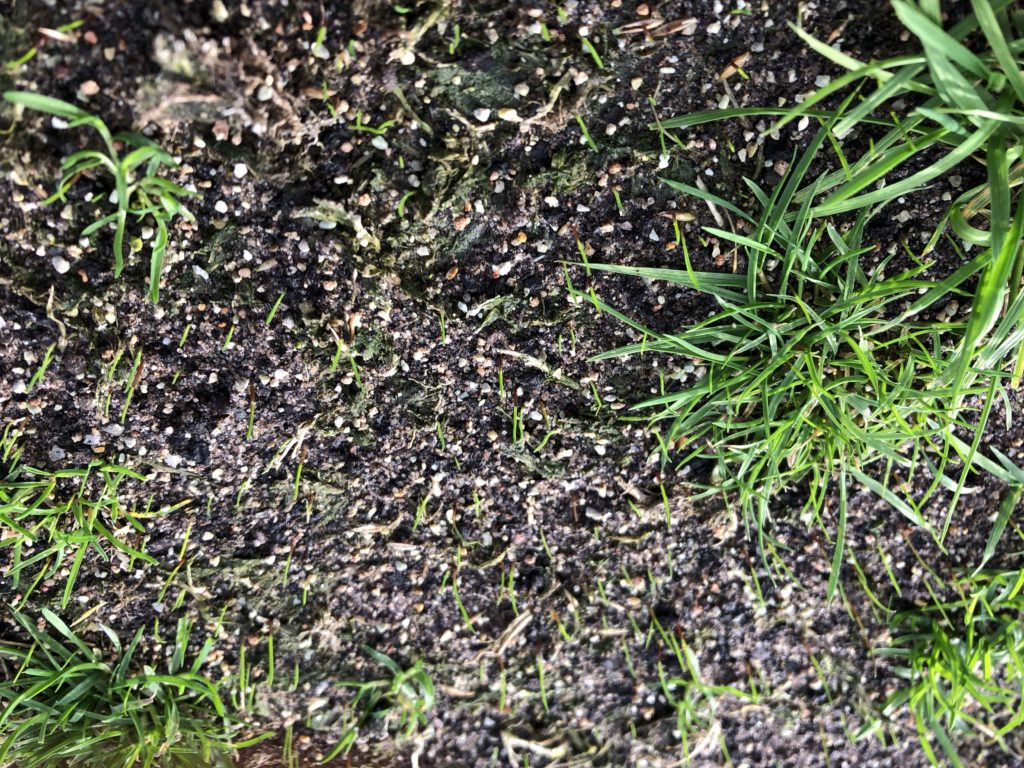 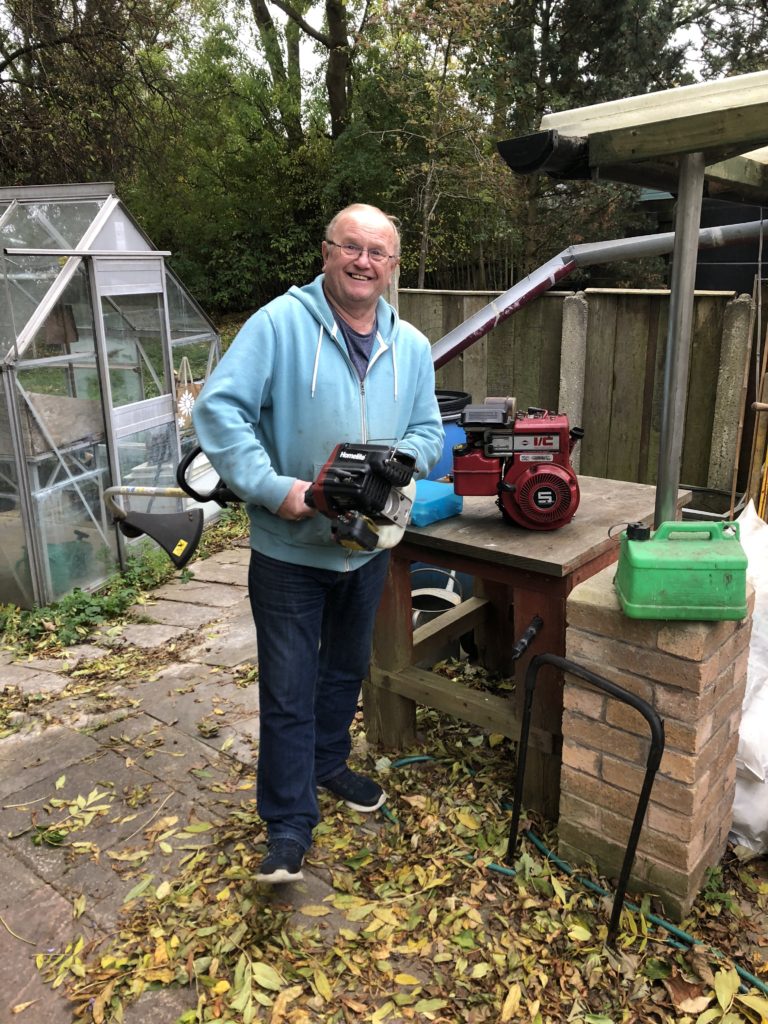 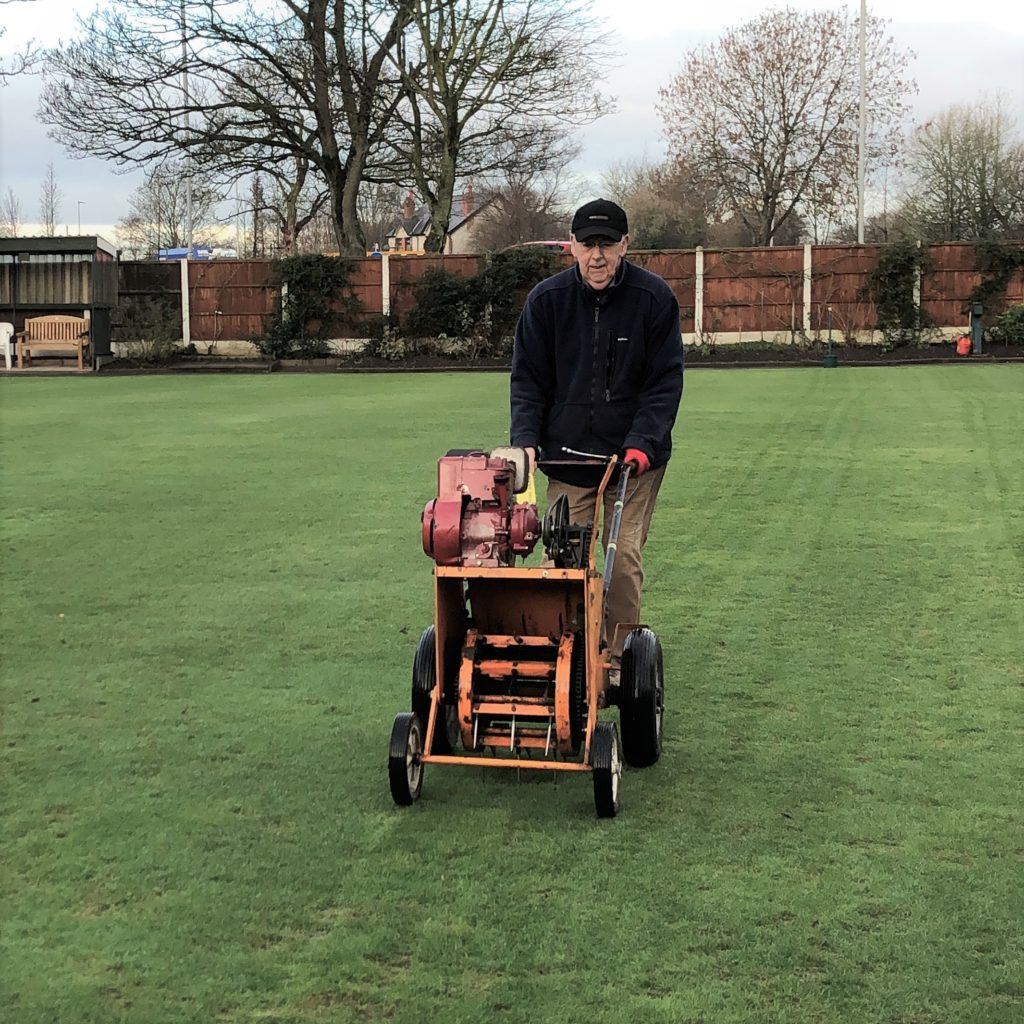 It’s early January and the cold weather has appeared after an autumn which has been mild with a fair amount of rain.

We were able to get the dry patches seeded and, if you look very carefully at this picture, you will see the first shoots of the new grass showing. Hopefully they will survive the cold and grow quickly in the spring. The mild temperatures through the autumn also sustained growth in the existing grass and the bare patches are starting to fill in.

In earlier briefings we have said that aeration of the green is critical to the successful renovation of the green. Unfortunately, our elderly SISIS AutoTurfman and only means of winter aeration was out action with the engine failing to start.  It was sent to the main dealership for a repair estimate and their verdict was that a replacement engine would be required but considering the machine’s age it was not worth the cost of repair.

Fortunately for the club, John Twigg agreed to have a look and worked his magic on the engine. The engine is now working better than anyone can remember in recent times and we have been able get to work on the winter aeration of the green. While it’s not the best of machines to use and there is a lot of other mechanical wear and tear on the machine it should keep us going for a season or two until we can afford to consider a replacement. Thanks John!

It is encouraging, following the aeration operations we have carried out, that the green has drained well during the periods of prolonged and heavy rain.

Pests and damage to the green

We continue to experience problems with larger birds and squirrels digging holes in the green. Various methods have been tried to deter them and while the birds are less of a problem now the squirrels seem to be determined to use the green as a place to enjoy their peanuts and dig holes – which we keep repairing.

Hopefully, some of the treatments we are applying will minimise the larvae in the green which attracts the birds and the squirrels will be doing other things in the spring!

This site uses Akismet to reduce spam. Learn how your comment data is processed.